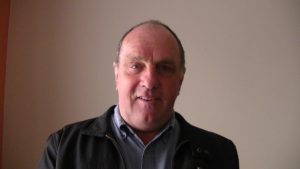 Hi my name is Bob Shotter some of you will know me others will probably have heard of me and many of you won’t even know me at all:

I’m an OAP and life long sea angler most of which has been fishing on charter boats. From my late teens I’ve been the mug who runs/organised fishing trips and competitions, mostly for my friends, but there have been a few bigger events.

In the pre Facebook days I ran a web site magazine ‘Rodbenders’ which for many years reported on charter boat fishing around the UK, although that site is now closed some of the many films made under the Rodbenders banner are still available on my YouTube channel ‘SouthWestSeaDog’

During 2009 after gaining an interest in the political side of sea angling I, with others, set up RSA-UK.org.

In 2012 I volunteered to spend time to serve on the Cornwall sea fishery authority (Cornwall IFCA) where I did four years service.

It has always been my view that regulation should only ever be used when absolutely necessary and as far as sea angling is concerned there should be no exception, given UK waters and what’s in it belongs to the people, by right.

Since setting up RSA-UK  and over the past eight years anglers have, as a result of other angling orgs seeking a bigger voice and a place at the table, seen their rights reduced and restrictions put on fishing for some species, Tope was first and then the infamous Bass regulations that saw a closed season imposed on retaining Bass for the table.

What many sea anglers don’t know is that in Germany a ban on all C&R angling was introduced and that remains the case to this day, this is without doubt the biggest threat to UK anglers and each and every move angler orgs make.

Right now there are moves that will see RSA needing a licence to carry a fishing rod, something that was overwhelmingly rejected by anglers in 2009.

This site and our Facebook page offers news and information for all and will state clearly where RSA-UK org stands on any given topic. We have been gaining a growing level of support on the above mentioned page and as such RSA-UK will lobby in accordance to all and any threat to sea anglers rights.

If you want to know more my contact info is:-